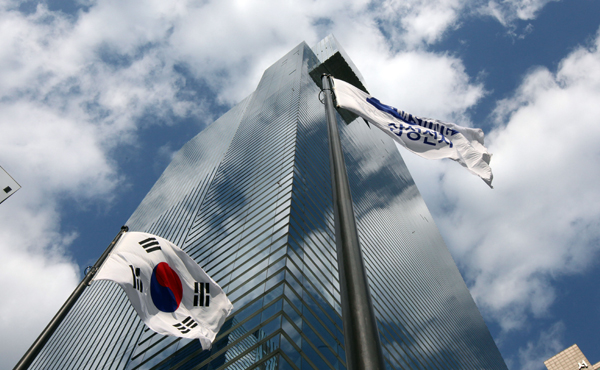 They will likely to keep to the bellwether technology stock due to apprehension about Korean stocks amid concerns for political and social upheaval following the impeachment verdict on President Park Geun-hye and another rate hike delivery from the U.S. Federal Reserve meeting next week on top of trade challenges.

They have gone decisively long and selectively on Samsung Electronics after Beijing heightened economic retaliation this month after deployment became irreversible.

“Samsung Electronics shares fell a little late last month, giving a chance to foreign investors to buy in and the rising tensions over the THAAD issue this month are prompting them to sell THAAD-sensitive stocks and instead to buy Samsung Electronics,” said Lee Jong-woo, head of IBK Investment’s research center. “This transaction pattern could continue if the issue remains unresolved.”

Another factor behind their concentration on the stock is a perception that Samsung Electronics is still relatively cheap although its stock price is hovering at record-high levels of over 2 million won in recent rallies. The semiconductor company`s consensus earnings per share forecast fell from 11.4 times at the end of December to 9.5 times based on this year’s estimated earnings, suggesting the stock remains undervalued against major U.S. rivals like Apple (15.6 times) and Intel (12.7 times).

“Once the uncertainty over THAAD clears, the Seoul market could go on a bull run,” said Yoon Ji-ho, senior executive at EBEST Investment & Securities.